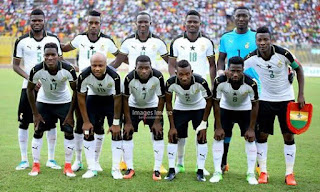 Communications Director of the Ghana Football Association, Ibrahim Sannie Daara has revealed that the Black Stars will not be engaging in any international friendlies as has been reported in the media.Several reports emerged that the Black Stars will take on Iceland and Nigeria in international friendlies as part of the country’s preparation for the 2019 Africa Cup of Nations that will be held in Cameroon after failing to secure a qualification to the 2018 FIFA World Cup in Russia.But Daara insists they are yet to confirm any friendly matches for the Black Stars.“We have not confirmed any friendly match,” he told Class Sports on Monday, February 19.He continued: “we are currently working on getting some countries to play because we don’t want to leave the team idle”.