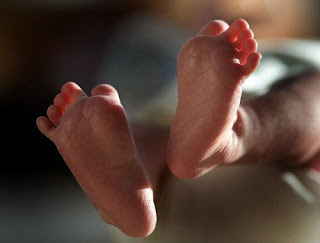 A new study by health experts at the Korle Bu Teaching Hospital has revealed that an increasing number of women are opting for the caesarian section in the delivery of their babies.According to the research, women who opted for a caesarean shot up from 35% in 2010 to 47% in 2015.Speaking at a Symposium in Accra recently, a Research Fellow at Obstetrics and Gynaecology Department at the hospital, Dr Mercy Nuamah, said what has now become a common trend among young mothers could have dire consequences on childbirth.“There is a reason for the C-section but because people have had one previous C-section then they go in for a second C-section…statistics tell us that the C-section rate is going higher and higher…“And we know that Caesarian section is associated with long and short complications,” she said.Birth by cesarean poses several challenges for a baby, according to health experts.Credible literature on C-sections reveals that compared to babies born vaginally, babies born by cesarean are at risk for health complications they are less likely to face a normal birth.Especially if the mother did not labour, babies are more likely to have difficulty breathing on their own.Skin-to-skin contact between mother and baby also has several adaptive benefits for the newborn.Furthermore, pain medications that sedate the mother can affect the newborn’s ability to latch on and breastfeed.Drugs used for anaesthesia may also cross the placenta and can make it more difficult for babies to initiate breastfeeding.Meanwhile, the Head of Obstetrics and Gynaecology Department, Dr Ali Samba, has called on the government to provide funding for research relating to maternal health issues.