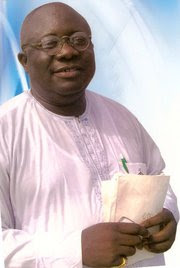 The Former Municipal Chief Executive of the Ejisu/Juaben, Yamoah Ponkoh has stated that, the Special Prosecutor nominee Martin Amidu is being pampered beyond reason by Ghanaians.
Speaking on Nhyira FM, a Kumasi-based radio station, Mr Ponkoh said that “what kind of person is he……there is nothing new he can bring on board as Special Prosecutor. What?”
He further said, “Ghanaians are pampering him too much …he is even becoming popular than President Akufo-Addo who appointed him”.
The former Communicator of the National Democratic Congress (NDC) said “I don’t see him as a person who can fight corruption in government”.
Martin Amidu was vetted by the Appointments Committee last Tuesday, February 15, 2018; an assessment exercise that lasted for over 7 hours.
Mr. Amidu’s public vetting has received widespread commendation as many stakeholders believe he performed creditably.
The Appointments Committee also unanimously recommended his confirmation moments after the grueling exercise.
The Special Prosecutor nominee responded to over 180 questions from all members of the Committee in the session with most of the queries coming from the National Democratic Congress (NDC) Minority, and its leader, Haruna Iddrisu.
Most of the questions focused on past statements and articles Martin Amidu had written.