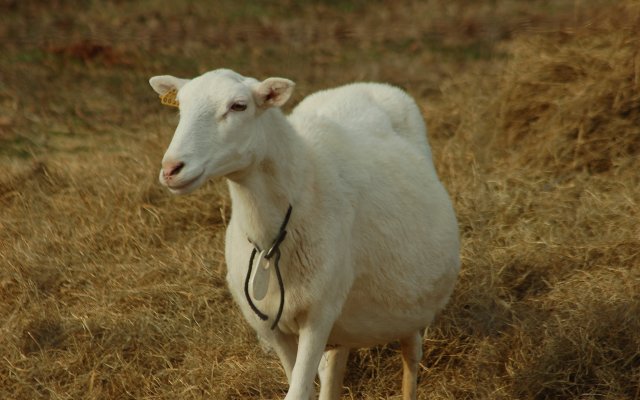 Salifu, a 26-year-old man caught having sex with a sheep at Asuodei in the Ahafo Ano South District of the Ashanti region, will be forced to marry the ewe, Madam Rukai, owner of the sheep has revealed.Madam Rukai who spoke in an interview on Wednesday 28 February 2018, with Ishmael Agyemang Duah, a local reporter, said the suspect was caught red-handed by her husband on Thursday 22 February 2018.She said it was not the first time such an incident has occurred involving her sheep and this time “I will make sure he marries the sheep because the sheep is pregnant”.She explained that about six months ago another sheep of hers gave birth to a human-like lamb and the traditional leaders in the area sanctioned her because it was considered abominable.“I paid lot of money at the chief’s palace, I was disgraced and the whole community said it was my son who had intercourse with the sheep. But it was not my son. My son does not leave in this community,” she stated.She further explained that: “Last Thursday [22 February 2018], around 12:00 am, we were in our room when my husband heard strange noise from the pen so he went out to check.“When he got there, he saw Salifu having sex with one of the sheep. So we arrested him, we have his trousers, mobile phone, sandals and keys to his motorbike.“His family accepted the misconduct and promised to bring leaders to settle the issue, but they rather told the boy to run from the community. The issue is now with the chief. The boy has confirmed that he had an intercourse with the sheep. I will make him pay back the monies I was ordered to pay when the other sheep gave birth to the human-like lamb some months past,” She indicated.