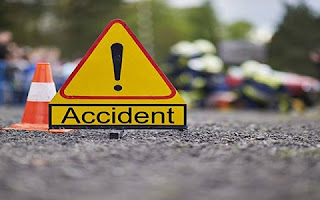 Eight people are feared dead in an accident involving a 207 Benz bus in the early hours of Tuesday, 13 February 2018.According to eye witness who spoke to Chief Jerry Justice on Ghana Yensom on Accra100.5FM, the bus heading to Accra from Nsawam got its back tyre burst at Tantra Hill which caused the driver to lose control of the vehicle.The bus somersaulted.The police and fire service are on the scene to help in rescue efforts.