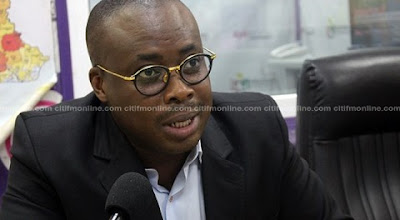 Broadcast Journalist and host of Good Evening Ghana on Metro TV, Paul Adom Otchere, has backed former Deputy Attorney General, Dr. Dominic Ayine, for heading to the Supreme Court to challenge the nomination of Martin Amidu as Special Prosecutor due to his age.According to him, the matter bordering the age of appointees who are not already public servants, had been a long-standing issue, and that the attempt by Dr. Ayine to have it resolved once and for all is commendable.Dr. Dominic Ayine on Monday, February 12, 2018 filed a suit at the Supreme Court to challenge the nomination of Martin Amidu for the position of Special Prosecutor.In his suit, Dr. Ayine argued that Mr. Amidu, being 66 years of age, is too old to hold public office per what the constitution permits.He is thus seeking a declaration from the Supreme Court that Mr. Amidu, “is not qualified or eligible to be nominated as the Special Prosecutor under Section 13(3) of the Office of the Special Prosecutor Act, 2018 (Act 959).”Despite the suit, Parliament’s Appointments Committee went ahead to vet Mr. Amidu on Tuesday, February 13, 2018, with the Chairman of the Committee, Joseph Osei Owusu, claiming that the House had not been served with any writ.Speaking on the Citi Breakfast Show on Wednesday, Mr. Adom Otchere said he was surprised Dr. Ayine did not stop the committee from proceeding with the vetting, saying there is a precedent to that effect.The broadcast journalist said he wondered why Dr. Ayine did not push for such a move “because he could have done that.”“There is precedent for that in the J.H. Mensah and the Attorney General [case], an old case at the Supreme Court where the Minority in Parliament wanted to prevent Mr. Kwame Preprah the Finance Minister [then] from reading the budget because they felt that he had not been properly approved by Parliament. Now they served the writ to the Speaker in the morning of the budget and the Speaker withheld the budget.”“It is a very important matter because that matter has never been really settled at the court level in terms of the people presidents appoint who are not ministers or deputy ministers, what kind of age are permissible and what kind of age is not permissible. So yes… I commend Ayine for attempting to regulate this issue once and for all,” he added.Amidu’s performanceOn Amidu’s performance at the Appointments Committee, Paul Adom Otchere said he performed creditably well saying “I get the sense that the people of Ghana are very happy with Martin Amidu.”He also commended the Appointments Committee for asking research inclined questions on Amidu during the vetting on Tuesday.“I think it was good, excellent. Many people are commending the parliamentarians, indicating that they had done some research especially by reading some of his epistles as he called them then, or articles. So that was commendable,” he added.Suit against Amidu’s SP nomination not out of fear – AyineDr. Dominic Ayine has said his lawsuit is not influenced by fear of prosecution as suggested.Speaking on Eyewitness News, Dr. Ayine, an appointee in the Mahama government, said such insinuations were without basis because prosecutorial powers were not limited to just the Special Prosecutor.“…The reason is simply that it is not only Martin Amidu who can prosecute us. There are countless human beings that his excellency Nana Akufo Addo can appoint to prosecute us… The fact that he is a member of the party does not make him a repository of information about the dealings of our ministers and appointees. So it is pointless for anybody to start to think that we are afraid of him because he is coming from inside,” Dr. Ayine explained.Aside from this, Dr. Ayine said the idea of Mr. Amidu as the Special Prosecutor was just over-hyped unnecessarily.
Martin Amidu explains how he got his names

“…so why should we be afraid of Martin Amidu or any other person coming to be Special Prosecutor. This whole thing is over-hyped and that this whole thing about the fear of Amidu is not something we should be dwelling on.”