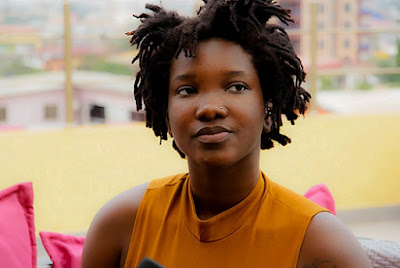 After a week of the sudden demise of sensational dancehall artiste, Priscilla Opoku Kwarteng, popularly known as Ebony Reigns, Evangelist Obadiah Amankwah of The Mission of Jesus Christ Church has revealed 3 persons who are complicit in the death.In a viral YouTube video, he intimated that he knows three people who killed EbonyThe names of these people are:The parents of Ebony. He stated that the parent of Ebony failed to imbibe in her the word of God from her infancy and even failed to direct her in a godly way when she grew up.He argued that the pastors who got the opportunity to get closer to her failed her woefully. They could have helped the girl come out of her ways by preaching salvation messages to Ebony for her to repent.Ebony herself. It has become public knowledge that Ebony knew her life in the world was short through numerous prophecies that came to her but she failed to heed to them to repent from her worldly ways.The man of God also said categorically that he will not be surprised if Ebony ends up in hell.In a similar development, Prophet Nigel Gaise has also announced that God has revealed two people who killed Ebony. “I know the very people who killed her. Two people killed her… for the respect of the death, I will not mention the names of those people” he alleged. Prophet Nigel Gaise made this revelation when speaking on Zylofon radio’s flagship programme dubbed “Taxi Driver” on Friday, 8th February 2018.

It was reported that on the 24th November 2017, prophet Nigel Gaise vividly stated the songstress Ebony will die through road accident if she does not change her ways, but she did not pay attention to the prophecy by going to him or other true men of God for prayers in other to avert it. “The Lord opened my eyes. That singer called Ebony, she has a short life. I saw her having a fatal lorry accident. That singer called Ebony, we are the prophets of the nation. Hear me and hear me. If she does not change her ways, it will come to pass. She will die like the way Suzzy Williams died when you expose yourself, you give out for evil spirits who don’t have the license to come and infiltrate you”The dancehall artiste, died in a fatal car accident Thursday night at Nyamebekyre near Mankranso in the Brong Ahafo region. Ebony and two others died when their Jeep collided with a VIP bus. The driver is said to be on admission at the hospital.

The prophet who has had several prophecies by him come to pass confirmed how he prophesied the death of a Ghanaian, musician Kaakyire Kwame Appiah together with Ebony but he took it seriously, went to him for prayer and it was averted.Evangelist Obadiah Amankwah has implored Ghanaians not to live to satisfy God in order to avoid the consequences that may befall them.