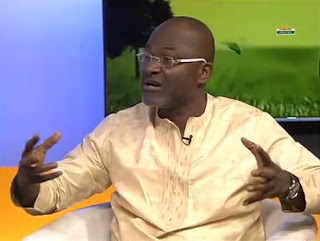 The New Patriotic Party(NPP)Member of Parliament for Assin Central Constituency in the Central Region, Kennedy Ohene Agyapong has vowed to kill a young man who was allegedly contracted by some gurus believed to be members of the opposition National Democratic Congress(NDC) to assassinate him about three years ago.According to him, he does not understand why the young man should continue to live since he accepted to take his(Kennedy) life for a paltry sum.“I will finish this guy. Once I have seen the kind of person he is he will vanish,” he declared.“I will kill that neggar,” he added.The suspect, one Mumuni who is standing trial at the Tema Circuit A, and three others were said to have been contracted by some persons to kill Mr Agyapong.However, luck eluded them when a brother of one of the four assailants got wind of the plot and went to inform Mr. Ben Ephson, the editor of the Daily Dispatch about the issue.Ostensibly, the informant wanted Mr Ephson to publish a story to that effect in his newspaper but he rather gave the information to the then Inspector General of Police (IGP), Mohammed Alhassan, who planted police officers leading to the arrest of the suspects.Speaking on Oman FM’s political analysis programme “Boiling Point” on Thursday night Mr Kennedy Agyapong said: “I was in court yesterday for the first time and when I saw the guy who was contracted to kill me I was shocked.”“When I looked at the guy..he appeared to me like someone who was in a gutter and had been picked and bathed and this is the guy who was to kill me. I couldn’t control my emotions…It was like I should pass behind the judge and go and hold his head and twist it and kill him there,” he fumed.He stated that he gave a second thought to his intended action and stopped because of President Akufo-Addo and therefore rescinded his decision.Despite being asked by the host of the programme to stop issuing threats to kill the suspect, the embittered Assin Central MP, maintained that he will go ahead by making sure that guy is eliminated.“I will kill this guy at all cost,” he said.