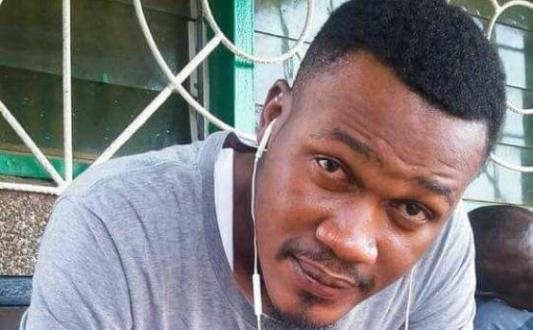 A 30-year-old man, Ibrahim Sultan, was trapped to death in his room when fire gutted the house in which he lived at Kpalsi, a suburb of Tamale. Property running into thousands of cedis belonging to the 30 occupants of the 12-room compound house was also destroyed in the blaze.Personnel of the Ghana National Fire Service (GNFS) were said to have encountered difficulty in accessing the compound house because it was heavily barricaded.Although they could not save the life of Ibrahim, the firemen managed to douse the fire to prevent it from spreading to nearby houses.EyewitnessesAn eyewitness, Mr Dennis Adakurah, said the fire started from the room of the deceased who was suspected to be asleep at the time.He said attempts to wake him up failed.According to him, it took the timely intervention of the GNFS to prevent the fire from spreading to nearby houses, but no property in the house was saved.Safety precautionBriefing the media, the Northern Regional Commander of the GNFS, Mr Godwin Damalie, said: “We received a distress call at about 2: 30am and quickly despatched our men to the scene. As of 5.30am we were able to bring the fire under control”.Mr Damalie said personnel faced difficulty in gaining access to the rooms because the entire house was barricaded and therefore appealed to the general public to create exit points in their buildings.Erratic power supplyTamale and its environs have been experiencing erratic power supply in recent times following a fire incident at the Ghana Grid Company (GRIDCo) control room in November last year.The fire forced the Northern Electricity Distribution Company (NEDCo) of the Volta River Authority (VRA) to resort to temporary load sheddingSome residents believed the fire incident might have been caused by the power fluctuation being experienced in the metropolis and its environs.