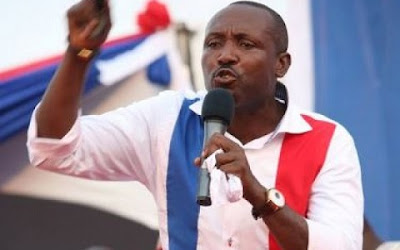 The Acting General Secretary of the NPP, John Boadu has disclosed that no single individual would be allowed to procure more than one Application Form in the buildup to the party’s impending Constituency Annual Delegates Conference scheduled for February 21 to 24, 2018.He said, this is to prevent people from ‘hijacking’ the Forms and determining who should have access to same, which is a violation of one of the rules governing the primaries that provide that no individual should be denied access to an Application Form in order to file his/her nomination to contest for a position.The party’s chief scribe therefore advised persons who wish to procure Application Forms for aspirants to donate the money [cost of the Forms] directly to the aspirants or the relevant Constituency Elections Committee (CEC) so that the Committee would in turn issue the Forms for free in order to ensure sanity in the exercise.He was speaking at the expanded Central Regional Executive Committee meeting of the party on Thursday, February 15, at Cape Coast where he inaugurated all the Constituency Elections Committee in the region. He implored members of the committee to rise to the occasion and live above reproach in the discharge of their responsibilities.John Boadu also made the point that all Application Forms are to be sold at the party constituency offices across the country. And so, the various elections committee must ensure that until the close of nominations, they should be present at the respective constituency offices so that anybody wishing to buy an Application Form would be able to do so.The regions are holding these expanded regional executive committee meetings under the direct supervision of at least one national executive to inter alia, explain the GUIDELINES for the conduct of the constituency primaries. This follows directives issued by the national steering committee at its meeting last Wednesday, February 6. The acting general secretary has himself, earlier been to the Ashanti and Greater Accra Regions where he undertook this assignment.