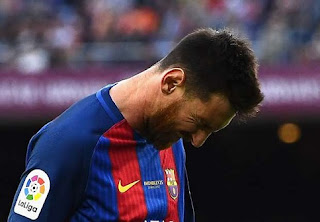 Lionel Messi can end a long wait for his first goal against Chelsea in the upcoming UEFA Champions League round of 16 tie. Which teams has he found the hardest – or easiest – opponents to break down?• Messi has scored 100 goals in 10,272 minutes of European football; that’s a goal roughly every 102 minutes and 43 seconds.• The Argentinian has faced 37 different clubs in Europe (from 16 countries), failing to score against seven: Atlético Madrid, Benfica, Chelsea, Internazionale, Liverpool, Rubin Kazan and Udinese.• Chelsea have been the toughest European nut to crack – Messi has yet to score in 655 minutes of football spanning eight games. AC Milan are the only side he has played more minutes against (eight matches, 720 minutes), and he has struck eight times against them.• Petr Cech was long considered Messi’s arch-nemesis: the Czech goalkeeper did not concede in 495 minutes of UEFA Champions League football against Messi over six games with Chelsea, though the forward hit the woodwork three times – including once from the penalty spot. However, that myth was debunked when ?ech faced Messi with Arsenal in the 2015/16 round of 16, the Barça ace netting three times across two legs.• The keeper who has gone the longest without conceding against Messi in Europe is Inter’s Júlio César – 270 minutes – though Rubin Kazan’s Sergei Ryzhikov may feel he has the moral right to that title. He has been unbeaten in 237 minutes against Messi; that run took in four matches, as opposed to Júlio César’s three.• The Blaugrana man has scored more goals against Arsenal than any other team – nine in 447 minutes comprising six games. On average that’s a goal every 49 minutes and 40 seconds.• His favourite opponents may be Bayer Leverkusen: Messi has notched seven goals in 270 minutes against them, at a rate of one every 38 minutes and 34 seconds. Five of those strikes famously came in one match, a 7-0 win on 7 March 2012.• Of the big five European footballing nations, German opponents seem to suit Messi best: he scores on average every 70 minutes and 34 seconds against Bundesliga clubs. Goals are much rarer against sides from England (every 126m42s), Italy (136m10s), France (138m51s) and Spain (187m30s).• Messi may relish Portuguese rearguards least of all; in 478 minutes against Liga teams, he has scored just twice – a goal every 239 minutes.