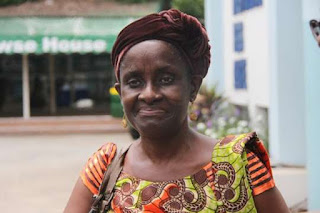 The First Deputy Speaker of Parliament, Hon. Joseph Osei-Owusu, has demonstrated many times when he chairs the House’s vetting sessions, that he’s extremely sharp and is also a very fair person.What I also find admirable is that he seems amiable and someone with a great sense of humour. Additionally, he comes across as a person who wouldn’t make a promise lightly.So why is Mr Osei-Owusu not honouring a promise he made, as far back as February 2016, regarding the Right to Information (RTI) Bill?Actually, the above is the question that the Coalition on the Right to Information, Ghana, is asking the Honourable Member for Bekwai. And I associate myself with their concern.On Monday, February 5, 2018 the Coalition published an Open Letter in the Ghanaian Times to Mr. Osei-Owusu about his promise.The following is an abridged version of the Open Letter signed by Mina Mensah, Head of the Africa Office, Commonwealth Human Rights Initiative and Vice-Chair, Coalition on RTI, Ghana:THE OPEN LETTERI have decided to use this medium to communicate with you because I read something attributed to you which I find very disturbing.Before I get to what I read, I don’t think we as a Coalition thanked you enough for the role you played in supporting the advocacy for the passage of the RTI when you were in opposition.I want to especially mention the Technical Meeting for Selected MPs organised by the Coalition that you chaired on February 29, 2016 when you committed yourself and other MPs present to be Champions of the RTI Bill in Parliament.FLASHBACK: On May 3, 2016, in an interview on Joy News you questioned why the then government had failed in prioritising the passage of the RTI Bill ….You actually urged Ghanaians to insist on the passage of the bill because they have a right to information. On behalf of the Coalition, I say thank you.FLASHBACK: Another time when I gave you kudos was on September 28, 2016 when you described the then President, His Excellency John Mahama’s claim of being frustrated about the delay in the passage of the bill as “hypocritical” during an interview on Citi News.To quote you, as reported, “… the President also knows that any time the Executive considers something a priority, it gets done so if it were their priority, it would have been done. This public expression of frustration for me is rather hypocritical.”This is why when your party won power in 2016 I felt that the hassle and struggles of yesteryears to get the Bill passed were over.After all we now have champions in the House, including one who has been in the trenches with the Coalition, working on the Bill to make it more robust, and who knows the benefits of an RTI law to citizens in general and Ghanaians in particular.FAST FORWARD TO JANUARY 31, 2018: Commenting on the RTI Bill during an interview on ‘Morning Express’, a programme on Radio XYZ, you allegedly said: “It’s not different from any other bill ….“As far as I’m concerned, it is like any other Bill. For me if you ask me, the more critical Bills that are still pending are the Property Rights of Spouses and the Intestate Succession Bills. These are things that affect the everyday people.”My question is: what has changed? The RTI Bill is no longer a priority as far as you are concerned?Oh, and by the way, the RTI Bill when passed will actually enhance the enjoyment of the two very critical Bills you mentioned.You reportedly alluded to the fact that the Constitution has stated limits, I beg to differ, the Constitution just said in Art 21 (1) (f) “information subject to such QUALIFICATIONS AND LAWS as are necessary in a democratic society”.Moreover, since you were one of the people who worked relentlessly to get the Bill amended I am sure you are aware that a Right to Information law is not about “limits”, as you put it, and Ghana’s RTI law is definitely not about limitations to access information.Again, it is true that a Constitutional provision can be enforced in court and (the pressure group) Occupy Ghana did that as you alluded to, and were given the information. But let’s not forget that they paid GHC 1,000.00 for it, excluding legal fees – filing fees, etc.If you say anyone can go to court, true, but I am wondering how many of your constituents can afford the legal fees if they were to go to court?The NPP 2016 Manifesto (promises to): “ensure the passage of the Right to Information Bill if the present Parliament delays in doing so”; (and adds) our Commitment to passing the Right to Information Bill will further enhance transparency in oil and gas sector.”I sincerely hope that Ghanaians will not have to wait till 2020 for a law that is long overdue. The RTI Bill has been with the Cabinet for one full year, amidst promises but no movement.Yours truly,Mina Mensah* * * As indicated above, I sympathise with the position of the RTI campaigners. Notably, the Bill has been awaiting passage for more than ten years.Unfortunately, as at the time of writing this, I had not seen any Times rejoinder from Mr Osei-Owusu; and my checks also did not reveal a response to the Coalition.Why the silence, I wonder.Or could the silence of Parliament be due to a historic surprise being planned? I would like to think so! If not, then the following is my suggestion:As UNESCO and our Government have announced that Ghana is to host this year’s World Press Freedom Day, marked on May 3, why not ensure the passage of the Bill on that date?The eyes of the global media fraternity will be on this country during the UN celebration. Therefore the news of the birth of the RTI law on May 3 would ‘go viral’ and boost Ghana’s democratic credentials.It would also be a memorable climax to the celebration of World Press Freedom Day 2018, and serve as a fitting appreciation for the choice of our country by UNESCO for its flagship media event.