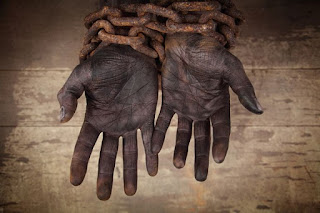 Slavery was the most important use of the benevolent African in the early 15th century through to the early 21st century. To an extent, it was called the trans-Atlantic slave trade as slaves were transported from Africa to the middle east of Europe and to America where they worked on the plantations of the white men.In fact, those were the times Africans were forced to go out their homes, countries and continent. It was a serious punishment to those who moved outside the continent, meaning Africa was the best place for everyone including the whites.This is proven by the fact that the whites did not only involve themselves in the slave trade, but also stayed in Africa to explore our natural resources such as gold, manganese, timber, diamond and copper. They introduced many things that brought Africa far beyond recognition.The establishment of schools, hospitals and churches brought about the African civilization though it claims to start from Africa (Egypt). The schools built for Africans were the tools we used to fight for our freedom hence gaining independence after colonial rules.In Africa today, especially, Ghana what status of our independence can we boast of? Our schools have become our death, slavery and dependence traps. Many Ghanaians are those who wish to have their education outside Ghana when we have strong universities running numerous programs that even house foreign students from all walks of life. The rich Ghanaian returns home after efficiently working for the white man to put burden on the few resources we are pull together.The Ghanaian medical and law schools have received world recognition that we patronize them to improve development. Are we not still slaves to the white, where we abandon our hospitals and seek medical treatment from theirs generating them money and development.We find many Ghanaians in America, Europe, Asia and other continents doing all the odd jobs which are equivalent to the plantations our fore fathers used to work on but still feel comfortable since they are not chained as the slaves used to be in. Why is it that the outside world creates avenue for job creation? They are able to identify the resources at their disposer and utilizing them.In fact our agricultural sector which can employ over 60% of the country’s population is seen to be a place of filth. Ghanaian youth prefer to be housekeepers, a gate men or servants to the white to exploring our natural resources.Colonization has come into the country with a different look since our chiefs are lured with gifts and money to grant white men who involve themselves in timber logging and illegal mining (galamsey) operations to carry out their activities without fair of the country’s rules and regulations. These illegal operations have depleted our soils, polluted our water bodies and now destroying the ozone layer.I don’t think the mere bad farming practices of the Ghanaian farmer can contribute much to these adverse effects. Our natural resources are at stake as they are now over exploited without development.At the times of clear colonization, the British were responsible for the nation’s development, now we host them in our hotels and guest houses, hence they put down nothing before returning to their countries after getting their aims achieved.When I think of political and economic freedom, I laugh loud only within me. Despite the billions some Ghanaians pay studying in the so- called best schools outside Ghana, our economy cannot be managed all by ourselves.We wait for international analysts to declare our GDP, to predict our economic growth and model our developmental policies just because we are so enslave to seeking unproductive help from them building a heap of debt for the country.The current status of the American economy affects all African countries. If the white man termites lending, we are likely to turn into cannibals. Our political systems have received a laudable respect, our peace has been honored a lot but the slavery of the Ghanaian remains the same as the whites still supply some Ghanaians with weapons and amulets which can be used during wars and fights which are characteristics of the African content though minimal in occurrences.It is time all developed Ghanaians laboring for the white man come home to add their quota to national development. The peace we claim to enjoy is gradually failing as the number of murder cases, political attacks and ethnic conflicts keep increasing.The time has come that Ghana and the whole Africa have a stable political system not only in the peaceful change of governments but with a collective national development where in governance, no minority or majority.The views of the minority should not be seen as attacks but inputs and corrections that bring national development same as the policies of the political party in power should not aim at gaining political power in elections but development. This system will promote a slow but sure governance and development since policies will not be implanted in a rush but done properly.We need roads, schools, hospitals and other strong structures that can last for years to save the nation’s coffers from always renovating and giving out compensations to people in grief due to poor national plan.