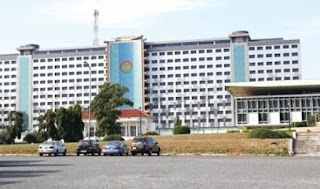 From where I stand, it will take a lot of guts but very little effort by a genius degenerate, even a dumb one, to wipe out our entire beloved country (That might be an exaggeration but yeah, a lot of people could die.) Why? Because over here, words are currency.Currency that grants just anyone access to certain domains they under normal circumstances, shouldn’t be. Simply put, we are too trusting to a fault. And this will soon result in a fatality that will change our country’s course. But just maybe, this impending fatality is a necessary evil that will bring us back to reality and etch in our minds, the need to be stringent with security.All this gloomy talk is fueled by several trips I have made to some of the highest public offices which I expected to have impregnable security, only to be greeted with the opposite. Initial impressions of some instances being a one-off were eventually discarded by frequent visits.For instance, the first time I went to Parliament, I used the back entrance. I was in an Uber. At the gate, this is how my conversation with the uniformed security official ensued;***Security Official = (SO)***SO: Yes, Madam, who are you looking for?Me: I have a meeting with Mr. X.SO: Who are you?Me: I’m a journalist with Citi FM.SO: (nods head and signals gate to be opened.)As much as I was relieved that he didn’t give me a hard time as I expected, I was as much surprised the ease with which I was granted access to what is supposed to be The House of our lawmakers. The short trip from the entrance to where I alighted got me thinking hard. Trying to come up with answers to why this obviously weak security system was present at parliament.Besides the fact that I’m gorgeous, I convinced myself that just maybe, I gained easy access because the media house with which I work is considered one of the reputable ones in the country. But still, I consider it very remiss that some form of identification was not required of me. Because what’s proof that I’m indeed a journalist?Unless there’s a specialized virtual system at the entrance that had already verified that. But that, I doubt.To more of my disappointment than surprise, more security lapses were laid bare as I navigated through the rest of the premises. Before entering the Job 600 Block, there’s a security check system to go through, which by the time I had, concluded was USELESS.There, I had to put my bag through an e-scanner while walking through another. But despite the beeps, I was allowed entry anyway. The security officials were the least interested in further checking why there were beeps; many beeps at that.Of course, I’m not a psychopath or a terrorist on some sort of death mission. So yes, I didn’t have in my possession any offensive weapons or explosive devices. But the next person could have been and the next second, BOOM! Tragic, sad headlines splattered across the country. Lives and properties lost just because we failed to get it right from the start – by choice.For you to better understand how lax the security system is at parliament, it may or may not surprise you that I was also able to enter the chamber with no questions asked. Instead, I was being offered nods of acknowledgement, salutes and smiles!Then again, I’m gorgeous but so what?! I could have been anyone.You wouldn’t be reading this piece if the events I’ve just described were just a one-off. The situation persists. It’s an everyday occurrence. My complaints to friends within the media and other circles revealed that my experience was not uncommon. To the extent that one of them narrated how he was able to walk straight to the president’s office without going through the requisite security checks.But that I cannot speak much to. I wasn’t there.But this I can say, that we [Ghanaians] as a people, are overly trusting and that will be the death of us. On top of that, as is of human nature, we even unconsciously, tend to judge people by their appearance – a toxic cocktail.So for instance, I show up at a place a couple of times and by say, the fourth time, the personnel feel they know me and almost always are ever-willing to suspend protocols (including security checks) for me. There’s only as much “human” one can be until it costs us humans – a lot of them.Parliament is just one instance of many other public offices with disturbingly lax systems. I’ve experienced one too many times but I want to believe staff and parliamentarians are oblivious to this situation by virtue of that fact that they have special passes to access the premises.So if that’s the case, then this piece is to make them AWARE, subsequently leading to immediate action. I refuse to believe that we await a massive tragedy before tackling the highlighted phenomena.Private entities should take a cue too.